Everyone loves to bash CrossFit. In the world of strength and conditioning it is the butt of many jokes. I could easily waste an afternoon looking up CrossFit fails on You Tube and have a great time. However, I really appreciate what CrossFit has done to the fitness industry. Sure, they make a ton of money, but they also expose many people to exercises that they would never have done otherwise. I never would have expected to see a room full of soccer moms doing barbell deadlifts but they manage to make it happen! CrossFit gets people moving. It may not be perfect, but it’s so much better than not exercising at all!

Unfortunately I have to start off with the qualms I have with CrossFit. I am basing my opinions off of the multiple CrossFit gyms that I have seen and the one CrossFit class that I have taken, so it’s possible that I’m wrong about some things. I am by no means a CrossFit expert.

Olympic weightlifting is a great sport and I have tremendous respect for anyone who can move heavy weights very quickly. I think that CrossFit has tried to take elements from a sport and use it in their own special way. Olympic weightlifters perform the clean and jerk and the snatch in competition. Two lifts. That’s it. Their training revolves around improving those two lifts. They do squats, deadlifts, presses, and break down the clean and press and snatch to work on specific parts. When they actually perform their big two exercises, they usually use low reps (1 or 2) and heavy weigh. It’s an extremely technical sport, and it can take years to learn the lifts well enough to really load them up. People practice those two lifts their whole lives and even they make mistakes sometimes. In CrossFit it’s commonplace to use these lifts for high reps and in a circuit. This is dangerous because you are already fatigued going in to an extremely complex movement, making it more likely that you will injure yourself.

The culture of CrossFit is something that has really pushed me away. In general I hate any fad in fitness, and I think that CrossFit is a fad. Everyone in a CrossFit gym will buy in to the system and believe that it is the best thing for them. They will adapt to the mentality that the rest of the gym carries which can cause them to take unnecessary risks. There is so much encouragement that it might not be a good thing. I don’t think it’s right to encourage someone to push through fatigue until they get rhabdomyolysis or sustain an injury. The truth is that you really don’t need to push yourself to the point where you throw up to get a good workout. You have to put effort in, but you should be able to survive the workout. If you are going through a workout and everyone else is pushing themselves past their limits you will feel like a failure if you don’t do the same. That’s why the atmosphere can be so dangerous. Social media definitely contributes to the problem. There a bunch of posts bragging about how hard the WOD was on Instagram.

No exercise program is perfect and they all have their shortcomings. Despite what I said above, I think that CrossFit has done more good than harm. It has gotten people excited about lifting weights and being active. Look at a typical CrossFit gym. It is an open space with plenty of barbells, gymnastics rings, and power racks. There is a ton of space for people to move around and explore their bodies. Kelly Starrett has gotten very popular in the CrossFit world and a lot of gyms use his mobility technique. In one workout you get: mobility, strength training, bodyweight training, and conditioning. It sounds a lot like the workouts that I give clients. As a fitness professional I want people to use free weights and more complex movements. I like to see people doing interval training. CrossFit has a lot of the same elements as the programs I give my clients. It’s also extremely accessible due it its rapid growth. You can find a facility in most cities. If the goal is to get more people exercising then CrossFit has done just that. They’re not simply doing a step aerobics class either, they’re challenging their bodies. 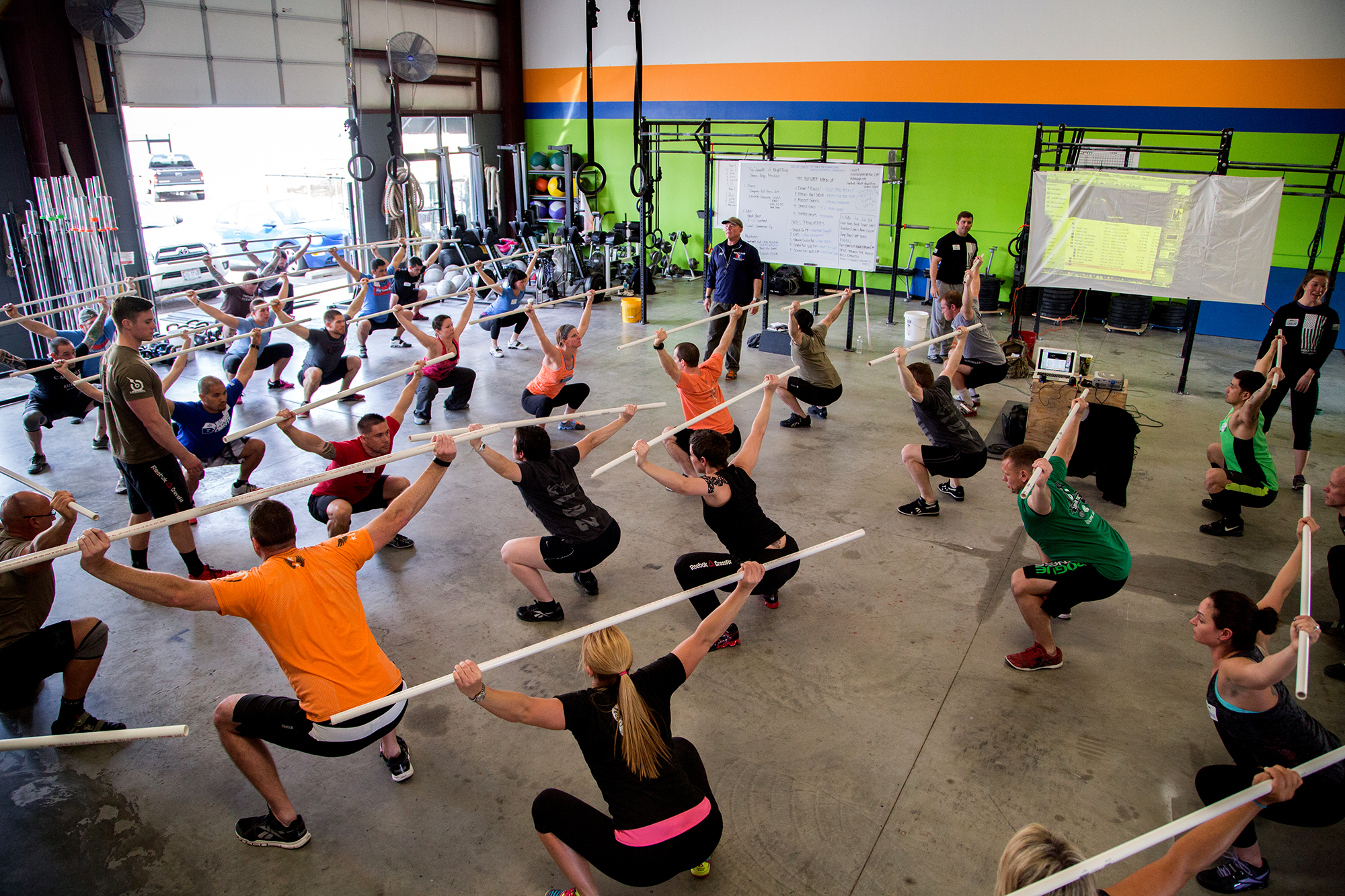 How dare they work on mobility[/caption]

We all know how beneficial exercise is. I think it’s wrong to outright discourage people from being active. With all the health risks that come with being inactive, it’s fair to say that I would much rather have someone do a CrossFit class than sit on their couch. Even factoring in the risk of injury I think that it is worth it. I have also seen CrossFit classes that didn’t incorporate any Olympic weightlifting so I think that it is unfair to give blanket statements about CrossFit. There are many different gyms and coaches with many different philosophies. Some are great while others are not so good. If the coaches take the time to correct your form and don’t progress you too quickly through weight or exercises it can be perfectly safe, fun, and challenging. CrossFit has gotten such a bad name over the years, but good luck getting that many soccer moms in one room doing barbell deadlifts. The best exercise program is the one that you enjoy and will stick to. If CrossFit is that program for you, go ahead and do it. Take time to learn the technique and always leave a little gas in the tank.